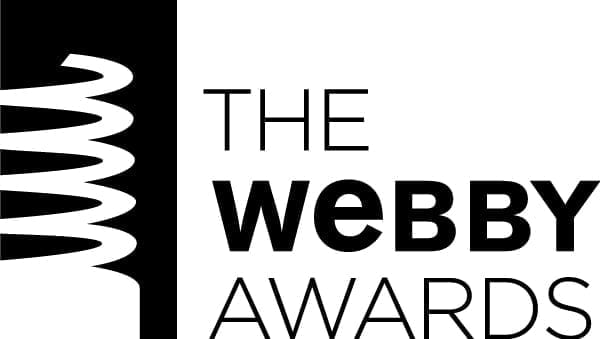 In partnership with NeonLogic, our client Madison Recruitment has been nominated for Best Employment Website and Mobile Site in the 25th Annual Webby Awards.

“Nominees like Madison are setting the standard for innovation and creativity on the Internet,” says Claire Graves, Executive Director of The Webby Awards. “It is an incredible achievement to be selected among the best from the 13,500 entries we received this year.”

As a nominee, Madison Recruitment is also eligible to win a Webby People’s Voice Award, which is voted online by fans across the globe. From now until May 8th, fans can cast their votes at vote.webbyawards.com.

Winners will be announced on Tuesday, May 18, 2021, and honoured in a star-studded virtual show that will be available on demand. The celebration will be hosted by multi-talented actress, writer, podcaster, host and advocate Jameela Jamil.

As Madison Recruitment transitioned to a new CRM/ATS platform, a fresh redesign and build of their website was identified as a parallel objective. NeonLogic moved quickly to workshop, scope, design, and build. With recruitment platforms being heavily user-interactive, the user journey needed to reflect the differing needs of recruiters, clients, candidates, and Madison’s temp employee workforce.

The resulting engaging and highly functional website, with a flexible technical structure for long-term ease of content management, was delivered to the client’s expectations.

About The Webby Awards 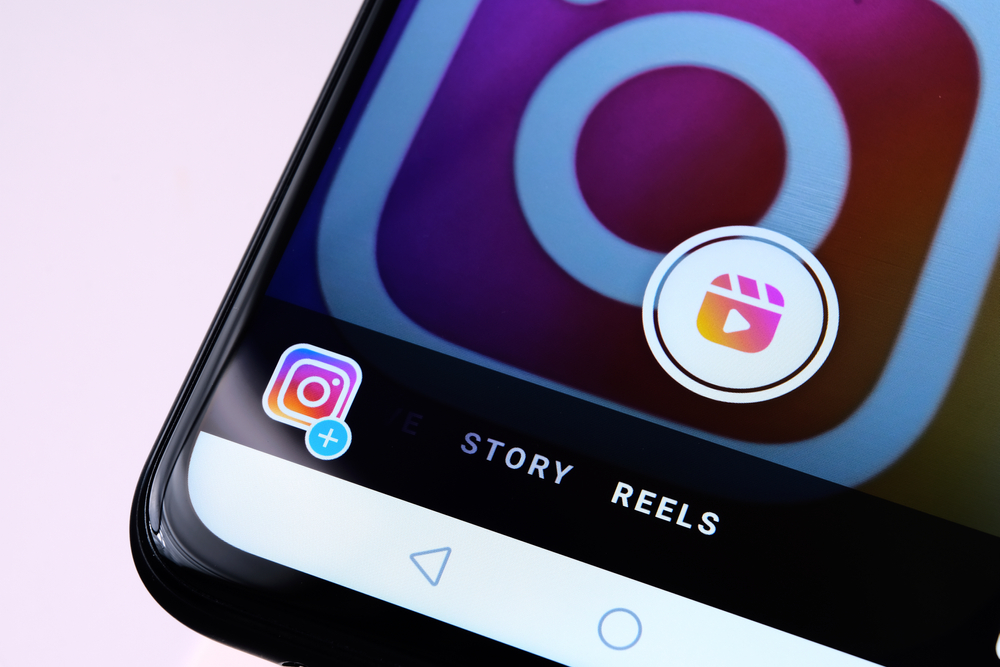 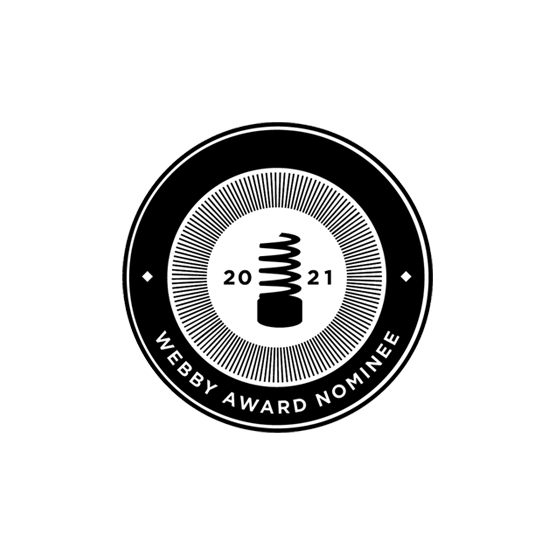 Often a project starts with a blank piece of paper. When working with clients, it is important to understand how they see the project coming to life and what their vision is for the execution. Our job is to make sure the project stands out from the rest. We make sure it has its own identity, and includes an idea supported with hero imagery that captivates and inspires an audience to connect and engage.

We caught up with our Art Director, Shane Macgregor, to discuss a project that has had a long-term impression with him, highlighting the success of creating a lasting image for a brand. Here is what he had to say:

Imagery plays a crucial role in advertising because it sets the tone of the project and helps tell the story to the audience.

One of my most satisfying and rewarding projects to have worked on in my career was when we were engaged to develop a full creative package for the launch of off-the-plan sales of The Macrossan in Adelaide Street, Brisbane.

The Macrossan was designed with one apartment per floor, which was a key selling point to a prospective buyer. This helped identify the creative strategy and key messaging to include in the collateral. The brand positioned the apartments as “A reflection of you” indicating that apartments were customizable so buyers could make them their “inner city home” to reflect the lifestyle they wanted. The purchase of a Macrossan Apartment was seen as yet another essential adornment to a buyer’s lifestyle… the car, the career, and now the apartment.

Concepts were approved to photograph four lifestyle-themed hero images that met the objective. A cool mint-green colour, reminiscent of the famous jewellery campaigns, was adopted as the background to enhance the full colour lifestyle images. Paul Giggle, a renowned international fashion photographer now based in Brisbane, was engaged to bring these images to life on a full day shoot. We were fortunate enough to organize the entire shoot – photographer, shoot lists, model selection, location sourcing, wardrobe and props and working with Audi to feature one of their convertibles.

The final result was elegant, powerful and longstanding. The creative was executed across a range of elements, including press and magazine advertising, signage, sales display office and a series of 15 second TV Commercials.

With the momentum built via the execution, Macrossan Apartments reached icon status and by all accounts, the imagery created was an important part of this success. In fact, the imagery resonated so well with the audience that people were ringing the sales manager to find out where the dress that the model was wearing came from!

Great imagery adds a whole new creative dimension to marketing content that engages audiences, enhances social media posts, and grabs people’s attention. A visual element is powerful, and I’m proud to say we achieved a lasting impression with the imagery that was used to market this project. It was certainly the most impressive property campaign in Brisbane at that point. 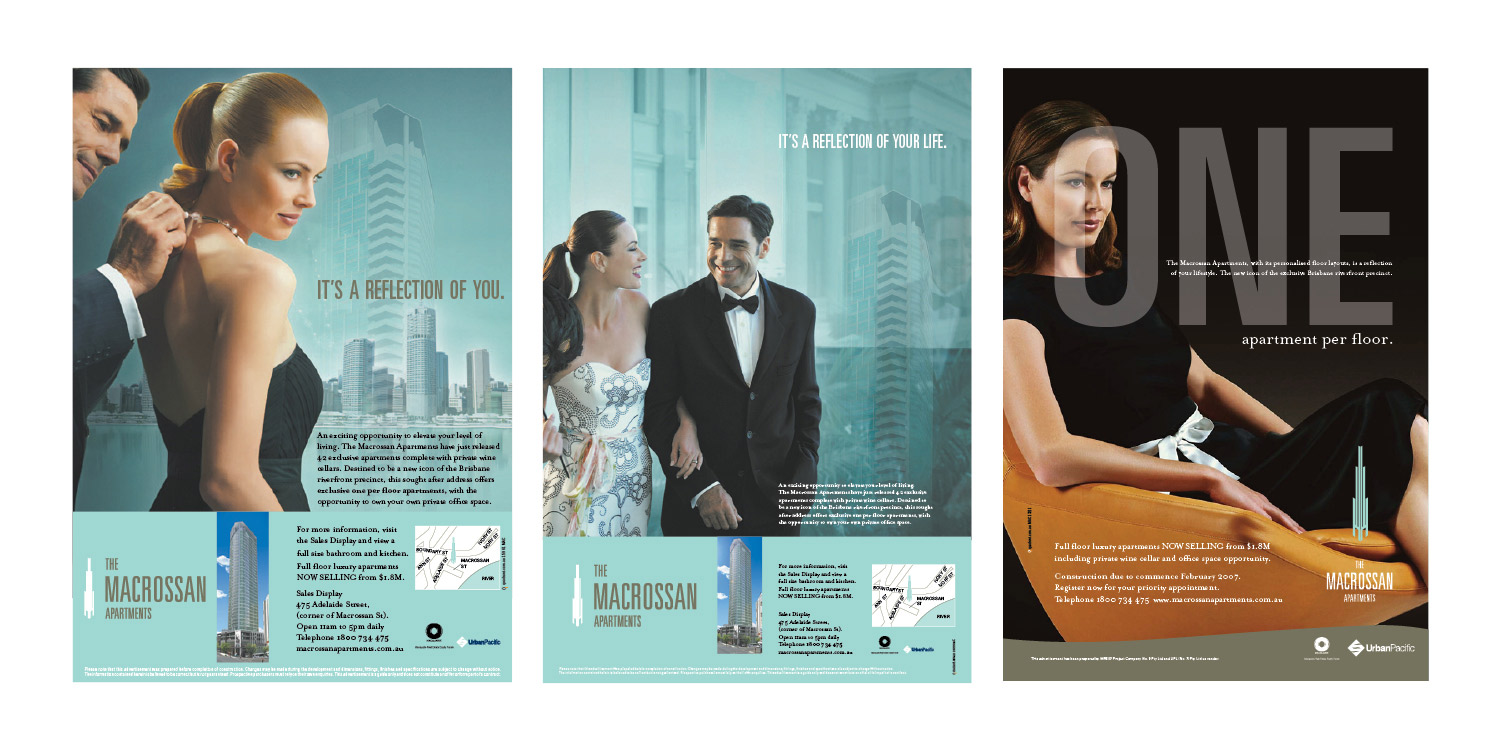